Memories of Friends and Kisses

Like many people, my experiences in junior high were anything but pleasant. As if the awkward pre- and early-teen years aren't bad enough, I entered the hallowed halls of Midvale Junior High School in 1977, so I looked like this: 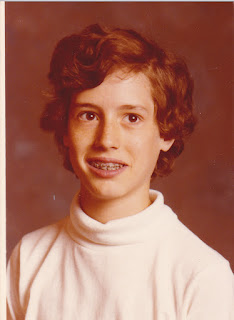 To give you an idea of the horror, on the 2nd or 3rd day of gym, I learned that one of the coaches had grown up with my dad. He informed me that growing up, "they" had called Dad, "Ribs" and my Uncle Chris, "Ribs, Jr."  Wouldn't it be a gas if he got the kids to call me, "Ribs, III?" Thankfully, my protests to the contrary worked.

Recently, I learned that the school is being demolished to make way for a new, modern school.

Lately, when I'm at my parents, I've taken my dog, Skeelo, to the school so he can run around. As I walked around the grounds, I tried to conjure up any positive memories of my two years there. I could only come up with meeting my buddies Danny and Greg, with whom I'm still friends nearly 40 years later. 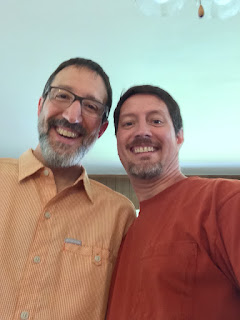 Danny and I, grayer but still friends.
Then, after further reflection, I remembered two very significant experiences that took place at the school: I had my first kisses there.

The first was with a girl. She and I were both in the school's production of Carousel. During one rehearsal, we were in the hallway chatting, when she leaned in and kissed me. Then, seen by her friends, pushed me away and admonished me to never do that again.

The second was with a boy. By then I had left the hallowed halls and was already in high school. The young man and I frequently ran around the track circling the school's sports field. One summer evening, as we did our cool down lap, we stopped for a moment, and he took my head in his hands, leaned in and kissed me. It was magical.

No, I won't miss the old school. However, I'm glad I was finally able to salvage some fond memories - lifelong friends and first kisses. 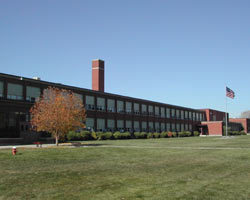 Posted by Christopher at 9:55 AM No comments:

Today was the BrockStrong 5K to raise funds for the BrockStrong Foundation, formed by our friends Lori and Roger in tribute to their son. The foundation serves the dual purposes of raising awareness about organ donations, and providing scholarships for gifted music students, who otherwise would not be able to afford the additional training they need to hone their craft.

It was a perfect day, and the venue was lovely. 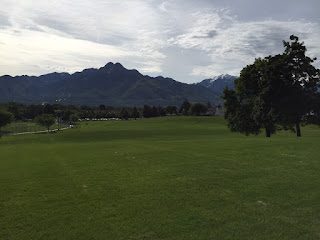 Although I had originally intended to run the 5K, I decided instead to walk with my friends, chatting and visiting as we went - even if that meant my finishing time was just short of an hour. 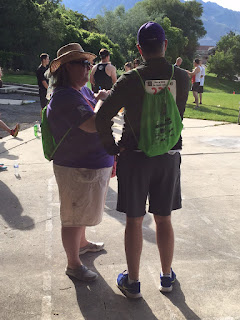 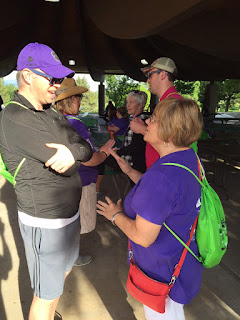 The whole gang plans a strategy. 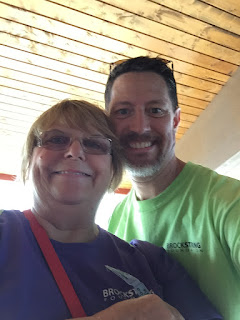 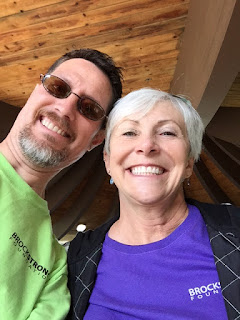 My beard matches your hair, Debra Falvo!
I didn't know Brock, but considering my motivation, I have a feeling he would be very proud of my finishing time.

Learn more about the BrockStrong Foundation, here.
Posted by Christopher at 11:58 AM 1 comment:

Today parents and well wishers gathered in the American International School of Utah's performing arts space to watch the "lower elementary" kids move up to their next grades.

1. Your kid will look for you in the audience no matter what. 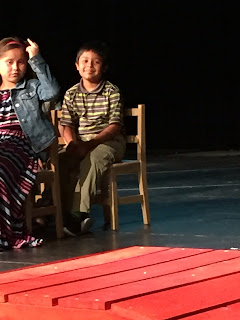 2. Hearing kids recite the Pledge of Allegiance in three languages (and American Sign Language) is better in theory than in practice.
3. People have no regard for their children's future - naming a kid Charlie Brown, seriously?
4. Kids get confused about what grade they're actually in when you hold the graduation a week before the end of classes.
5. My kid is absolutely great! 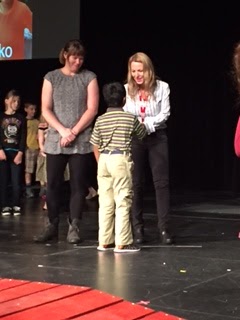 With his teacher, Kim Clark. 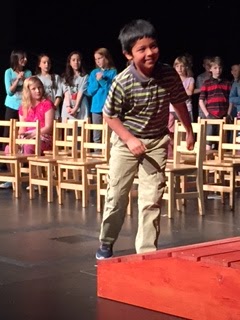 Proudly moving to 3rd grade.
Posted by Christopher at 7:38 PM No comments:

Yesterday was my parents' 66th anniversary. Their marriage has seen 12 presidents come and go. It's witnessed the rise and fall of the Berlin Wall, and the hula hoop. It's endured six kids, and delighted in 7 grand kids and thrilled with 7 great grand kids.

I don't know if they have a secret beyond being crazy about each other, but in a nation where, according to the American Psychological Association 40-50% of all marriages end in divorce (including unfortunately those of 4 of their sons), their relationship stands out.

In all the changes that their marriage has endured over the past 2/3 of a century, one aspect has remained constant. There's this certain look they give each other. I've seen it used to stop disagreements. I've seen it during happy times. It's a silent communication just between them.

And it's that look that has kept them going for 66 years. 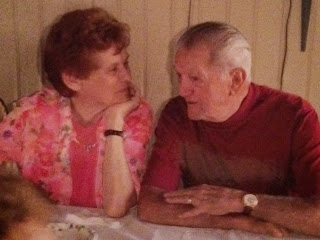 Posted by Christopher at 5:24 PM No comments:

Running for John is Worth the Pain

Two weeks ago the Cub Scouts had their annual sleep out behind the church - you may remember last year's hair raising adventure (http://christopher-whosyourdaddy.blogspot.com/2014/04/camp-out.html). This year, I was better prepared. Besides the ridiculous, 8-person tent Gus chose, I brought an extra sleeping bag, my pillow and Skeelo to keep me company. 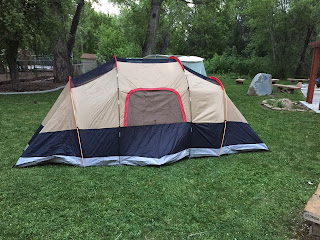 This year's challenge was the fact I was running in the Saint Sophia School 5K the next morning. It was my first 5K in two years, and I hadn't trained in the least. 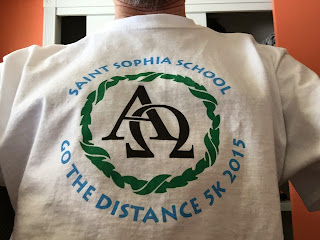 When he saw my number, Gus opined at the disrespect of putting my age on my chest. 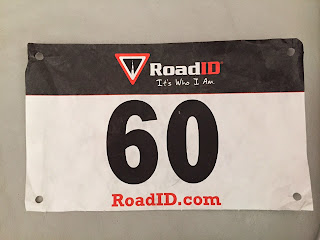 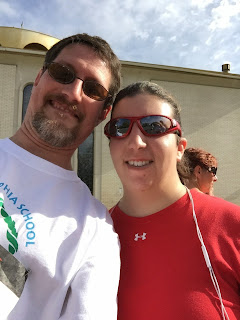 I admit that it was a tough run, and my body isn't quite as resilient as it was at 25. But I finished the race. 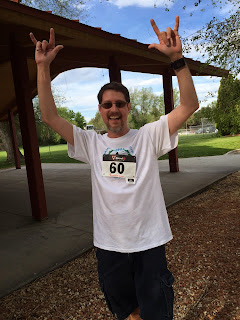 And to my surprise, holy cow, I somehow won my age bracket! 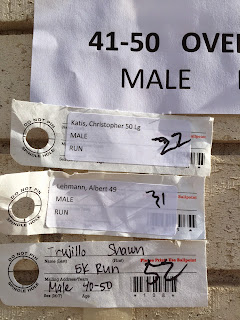 For the next 3 days, I couldn't take a step without a painful reminder jolting my thighs.

But the race inspired me to keep running. I'll be running in the the BrockStrong 5K on May 30. This organization was created by my friends Lori and Roger in honor of their son, Brock, who passed away waiting for an organ transplant. The dual goals of this great organization are to increase awareness about the need for organ donations, and to provide music scholarships for kids, who otherwise wouldn't be able to take the private lessons needed to hone their gift.

Earlier this week I learned that I have been disqualified to be a kidney donor for my big brother, John, because of my own history of elevated glucose levels. The news felt like I was repeatedly punched in the stomach by Muhammad Ali at the height of his career. I knew in my heart I would be a match. I still believe I am, but those with more knowledge than I believe the risk to me would be too great.

So I need to do something else. Running the BrockStrong 5K is my first step. If you'd like to join me at this 5K and support this great cause, register here.

My brother John wasn't ever much of a runner, running it in his honor is the least I can do.


Posted by Christopher at 1:31 PM No comments:

So it's been two full weeks since Skeelo came to live with us. 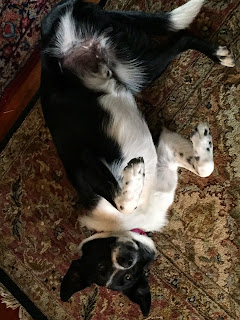 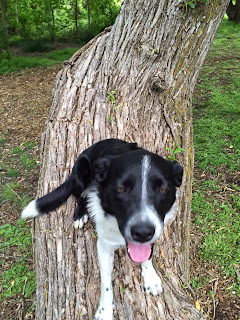 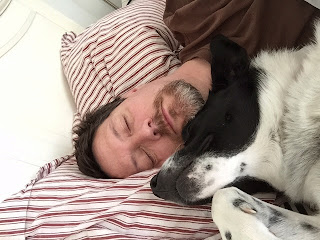 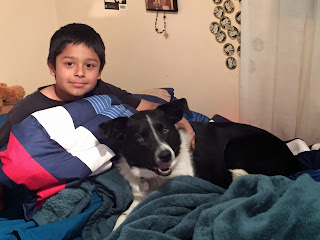 It's finally happened. A boy told Gus that he's not allowed to come to our house because Gus has two dads. Gus could go to the kid's house, but not the other way around. The kid (parroting his parents) cited their religious beliefs.

I, of course, was furious. Crazy angry. I wanted to call the mom and tell her that Gus was no longer allowed at her house because our religious beliefs prevent our child from being exposed to un-Christian actions of bigotry and ignorance.

Kelly, of course, was more level-headed and reminded me that I needed to be "better" than the women, that I shouldn't stoop to her level. I hate it when he's right.